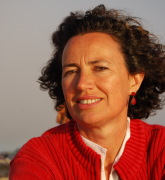 Mercedes Arbaiza (Bilbao, 1963) is a historian who earned her PhD in History from the University of the Basque Country (UPV/EHU) in 1994. She then gained pre-doctoral experience at the Department of Economics and Business of Pompeu Fabra University (UPF) (1995-1996).
Arbaiza has been a tenured professor at the Department of Contemporary History of the UPV/EHU since February 1997, where she co-ordinates the module ‘Social History and Industrial Relations’ of the Industrial Relations Bachelor’s degree programme at the Faculty of Industrial Relations and Social Work. She also lectures on subjects relating to the construction of modern societies from a gender perspective in different Master’s degree programmes of the UPV/EHU:
Interuniversity MA in Contemporary History, ‘The Contribution of Gender to Social Construction’ (together with Miren Llona).
MA in Feminist and Gender Studies, ‘Feminism, Subject and Modernity’.
MA in Human Resource and Employment Management, ‘Gender Politics and Employment’.
Arbaiza has performed her research in two stages. From 1990 to 2000, she formed part of the research team led by Manuel González Portilla in the fields of historical demography and social and economic history. In this context, she defended her PhD thesis in which she reviewed modernity in the Basque Country from a long-term perspective (1825-1936), through a set of social practices that were considered to be ‘private’.
In her desire to democratise the historical discipline, Arbaiza addressed social and cultural changes by analysing demographic and family regimes, land and tangible asset conveyance systems, the work experiences of men and women, their mobility patterns and their access to resources, depending on the forms of hierarchical or egalitarian authority. The results identified some of the stereotypes inherited from the nationalist romantic currents and liberal industrialism. She also challenged rurality as the only identity-related base of the Basque social body since the time of regional law (eighteenth and nineteenth centuries), underscoring the importance of the urban world—of those who did not inherit land, ‘the expelled’ from the hamlets—in the social dynamics of these modern times. In turn, she also reviewed the most optimistic liberal visions of the construction of Basque contemporaneity linked to an early but devastating capitalism, demonstrating its high social costs and its impact on Basque identity and culture.
Since 2013, Arbaiza has focused her attention on the study of emotions in the shaping of political subjects and social antagonism—namely, without abandoning the post-metaphysical position characterising the line of the research group. The emotions as an object of study are interesting from a historiographical point of view when understood as agents of protest and political tension, as well as a decisive driving force behind historical change. She interprets emotional experience as an event that explains the possibility of the emergence of new collective subjectivities (social movements). Her thesis is that the success of political narratives, socialism and feminism—as social movements—lies in the capacity that they have to politicise emotional communities already shaped by the changes in bodily dispositions. The severing of the links of the social body (people, class, etc.) has been due to emotional changes in social relations, employing the emotions as historical and social foundations on which political discourses are constructed.
The economic interpretative framework based on women’s work experiences implies a break with the binary of the dominant utilitarianism as regards what belongs to the material world (economic) and what belongs to the non-economic world (the subjective or cultural). The object of economy has been historically constructed and has to do with the subject who created it. The proposal of ‘the personal is political’ was not only a political, but also an epistemological, milestone. In other words, those spaces invisible to economic science, immune to political scrutiny and far removed from any social analysis, due to their purportedly subjective nature, have been converted into an object of scientific and social study. In plain English, those social relationships that are defined under the capitalist episteme because of their subjective or emotional character and, therefore, alien to scientific knowledge, have been fleshed out economically (and therefore politically). The narrowness and limits of the concepts of individual choice and of rational utility or opportunity cost as a paradigm orientating the economic practices of women have been confirmed. It is thus possible to evince the androcentric character of political economy, challenging the Smithian economic subject and proposing the historicity of the liberal economic imaginary. Economic (material) logic is not ontologically prior to culture.
With Miren Llona, Arbaiza co-supervised the PhD thesis of Eider de Dios, ‘Servant, Maid, Domestic Help. Gender, Class and Identity in Francoism and the Spanish Transition through Domestic Service (1939-1985)’, which received the 2017 Victoria Kent Prize and the 2016 Miguel Artola Prize awarded by the Contemporary History Association.
Since 2008, Arbaiza has been in charge of the Collaboration Agreement between the Ramón Rubial Foundation and the UPV/EHU for performing studies and research on the history of culture and memory of the socialist movement in the Basque Country. This agreement has led to the creation of the Basque Socialism Documentation Centre (www.ramonrubial.net). Similarly, she has led the project ‘Ramón Rubial: History and Memory’. Narrated in the first person, it is the story of a unique Basque whose life coincided with the principal milestones in the history of twentieth-century socialism. She is also currently leading the project, ‘History and Memory of Feminism in Biscay (1904-2018)’, funded by the Regional Government of Biscay (Department of Equality).
Lastly, Arbaiza is a member of the advisory board of the Historia Contemporánea collection, published by the UPV/EHU Publication Service, and the editorial board of the journal Historia Contemporánea. Furthermore, she is a member of the scientific committee of the Aletheia collection, edited by the Spanish Association of Theologians (ATE), and of the executive board of the journal Iglesia Viva
ta Iglesia Viva.